NSK built its artistic concept on the “retro” method, for which each of the three founding groups coined its own name: Laibach called it the “retro-avant-garde”, the SNST the “retrogarde”, and IRWIN the “retro principle”. After the breakup of Yugoslavia and the establishment of an independent Slovenia, the NSK groups invested their common ideas in founding the NSK State in Time in 1992. Since then, the NSK State in Time has issued passports, had its own visual identity and symbols, and opened embassies and consulates in countries all over the world.

Source: Edited from website of MG+MSUM available at MGMSUM 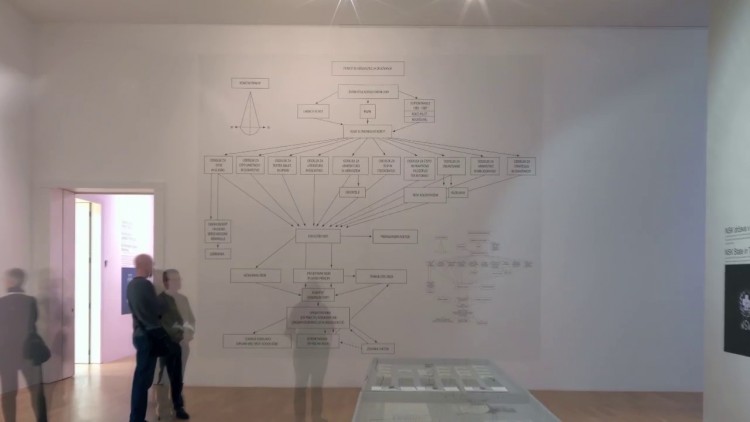