Dina Rončević went through professional retraining to be an auto mechanic as part of her graduate work on Animation and New media department in the Art academy in Zagreb (2010). She worked as an apprentice in a few car/motorbike shops, as a stop motion and puppet animator on several films and she was an artist in residence at CANTE (San Luis Potosi, Mexico, 2012). She also did a residency at ISCP (NY, NY) that followed the Radoslav Putar award for the best young Croatian artist (2013). She has performed throughout Europe, won a Staples Trust scholarship and graduated from Rietveld Academie, Sandberg Instituut in 2015.

Car Deconstruction has very simple premises. At the workshop/performance, the artist and a group of inquisitive girls disassemble a car. They not only learn how to use tools, but also how to use their physical skills. The goal of a[] 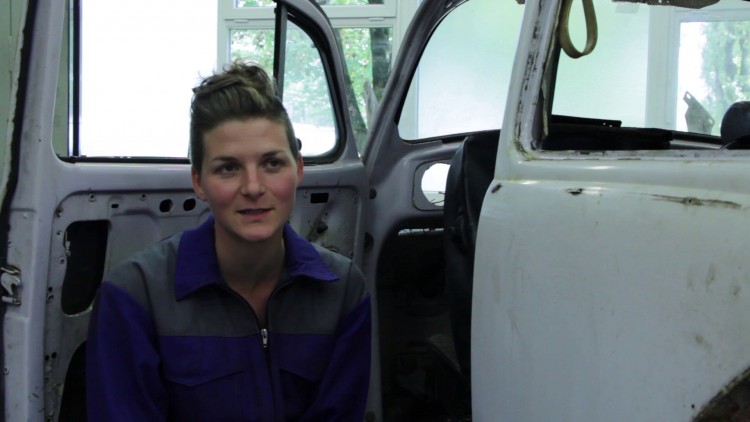