On one of the main squares of the city, 129 women mark the space with their bodies. They create a form in the shape of an X (here we are!). The action is inaugurated as an ephemeral monument, devoted to all the famous unknowns, the forgotten half, the women that importantly contributed to Slovene society, but still remained mostly unnoticed. It was opened by speeches and accompanied by the Barje women choir. 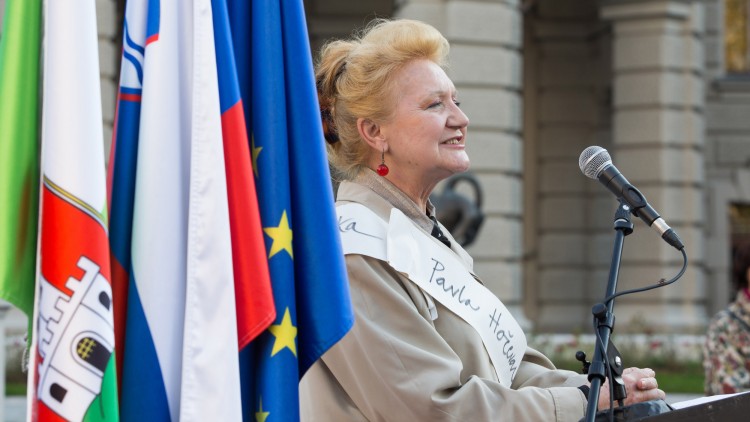